Local Contributors
On January 6, 2022
In Events
Make a Donation

It all started in 1915 with a combination of bad weather and community spirited City Light Commissioner. Local residents wanted to impress the state convention of the Grand Army of the Republic, so, City Light Commissioner J.W. Haws stretched strings of lights from the railroad depot to the town square. Three days of freezing rain made it impossible to use the un-insulated strings of lights.

At Christmas time the light commissioner decided to surprise the towns-people. Working alone he colored the lights and strung them on the Courthouse dome. He turned them on Christmas Eve.

For years, Mr. Haws hand-dipped the bulbs and arranged Christmas designs on the dome of the Courthouse. Because of his efforts, Minden is known as The Christmas City.

A hand-written, home produced pageant. The Light of the World, was first presented in 1946. Written by the Reverend Art Johnson and Clayton Morey, the pageant is performed every year by 115 local citizens of all ages on three sides of the Kearney County Courthouse.

The pageant is presented free of charge the Saturday of Thanksgiving weekend and the first two Sundays in December at 7:00 pm. The hundreds of spectators all stand in the chilly winter air, so dress warmly for this grand event that lasts about 30 minutes.

Climax of the production comes when the 12,000 lights are turned on. The lights are also on every night between the last Saturday in November and New Year’s Day.

The Christmas pageant would culminate an enjoyable weekend in Minden. A visit to the Harold Warp Pioneer Village, the pageant, and the Christmas lights, along with a tour of the Minden Opera House, will provide you a December weekend you will long remember.

Our community’s pageant and lights will kindle in you an unforgettable Christmas spirit. 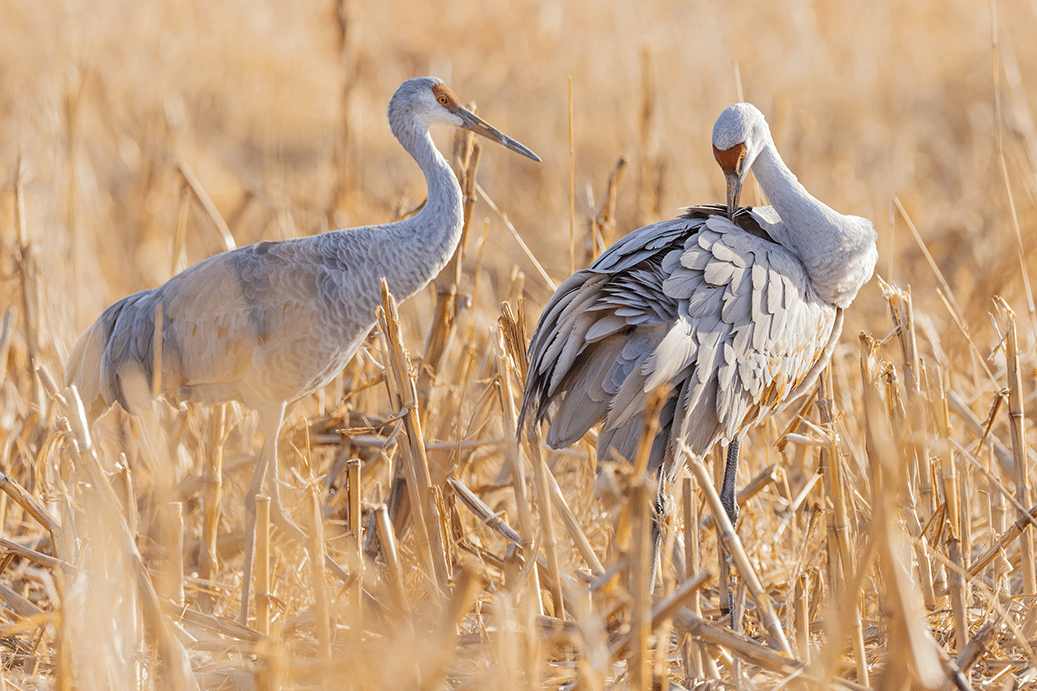 Crane WatchingThe sandhill crane is the most abundant of the world’s 15 species of crane. The whooping crane is one of...