Preserving the Rarest Tractors in Existence 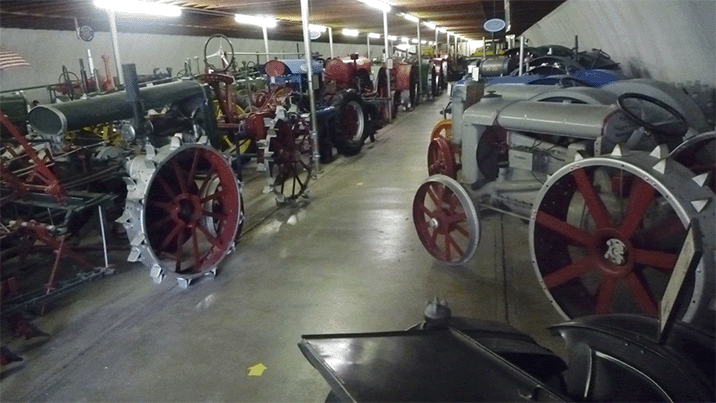 and a gang plow. Fast forward to today, it’s even more difficult to fathom how much farm equipment has

evolved and made work easier. Harold Warp’s Pioneer Village in Minden, NE helps tell the story of how this major transition happened.

At age 21, Harold Warp started a plastic film business with two of his brothers. He grew this product

into other ideas such as plastic food wrap and plastic bags. Warp has over 30 patents in plastics.

With this newfound wealth, he decided to start investing in the future of Nebraska by saving its

past. Warp had a passion for preserving historic items and buildings in his hometown of Minden. 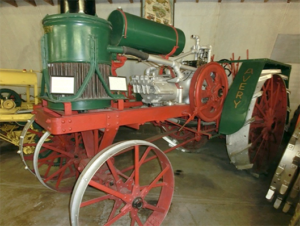 over 100 early farm tractors. To Warp’s credit, many of these tractors were obtained when they

were less than 50 years old. This goes to show his love for historical items. These antique

tractors are coming up on the century mark, so let’s explore what Pioneer Village’s unique

farm department has to tell us about a couple of these storied machines.

Pioneer Village has multiple old tractors that are steam-powered! Most commoners and even folks with

farming backgrounds don’t know that steam-powered tractors ever existed. But you can find them right

Another notable tractor preserved by Harold Warp is the 1929 Rock Island – Heider G2 15-25. This

tractor features a 4-cylinder engine that ran around 750 rpm. It was advertised to have seven different

speeds up to 4mph which was unheard of during this era of tractors. On top of all these crazy facts,

this was one of the last tractor models produced by Rock Island Plow Co. because they were

Recently, in 2014, Pioneer Village crafted a building just to show off its tractors while keeping

them inside and out of the elements. The experience of visiting Harold Warp’s collection of antique

tractors in the tractor building may be different for all, but it will certainly be a learning experience

for most. Agriculture has always played a major role in the history and upbringing of Nebraska.

Chances are that most people have farming ancestors or current relations to farmers. Wouldn’t it

be exciting to see what kind of tractors were made in their era or maybe even tractors they would’ve used?

antique tractors in one location. Not to mention they are also the nation’s leader in the overall

collection of American history! It couldn’t be more convenient! Come and witness the

powerful, yet fragile machines that shaped the Midwest.

Preserving the Rarest Tractors in Existence