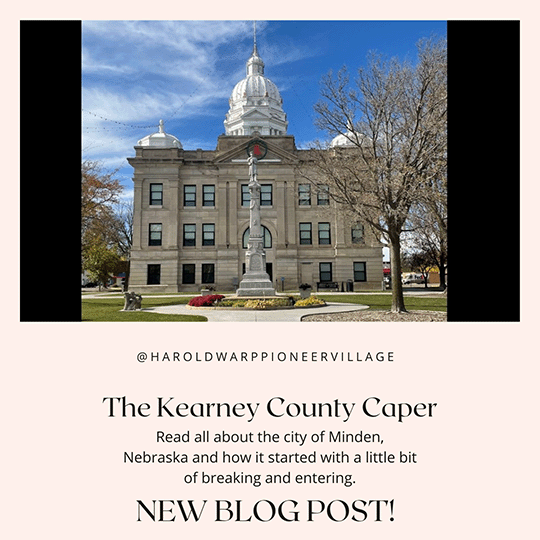 Nichole Stubbendick
On September 6, 2022
In Blog | History
Make a Donation

The history of Minden, Nebraska started with a county seat and a railroad. In 1878, there was no railroad going through the area around Minden, so the county seat was in Lowell, Nebraska. Back in that day, the only other form of transportation was by horse, which only traveled three and a half miles an hour. Lowell Nebraska was too far north for the liking of the people of Kearney County, so they put it to a vote. When the vote came out, Minden was named the new seat for the county. When the people of Kearney County went to the courthouse in Lowell, there was a note on the door. The note said the courthouse was closed because the county clerk’s wife had a contagious disease, and no one could enter. That didn’t stop the people from breaking in and stealing the records.

With the records now in the hands of the people, the city of Minden was created. By 1882, the population of Minden was almost 300 people. Most were of German descent, because the town was named after Minden, Germany. The railroad finally reached Minden in 1883, bringing in new settlers and making it easier to access to materials. With the arrival of the train came the decision to elect the first community member to the local government. The first board member was elected in 1883 and his name was Lewis A Kent. He served for a few years before becoming mayor in 1888. The canal and irrigation system was thought of in 1889 by Joel Hull. The canal used to be called the Kearney County Canal, now everyone knows it as the Central Nebraska Irrigation and Public Power District Tri-County System. This project took nearly half of a century to finish and was promoted heavily by the county.

In 1915, Minden started a new tradition in town each December, where over 10,000 Christmas lights were hung from the courthouse, giving them the title, “Christmas City”. Along with the 10,000 lights, a Christmas pageant started in 1946. It was extremely popular in the 50s and 60s. Many people came from Omaha and surrounding areas to participate and watch. In 1946, the airstrip was built by the Harold Warp Pioneer Village Museum. Pioneer Village was started in 1953 by Harold Warp. It is a historic museum that has a vast collection of over 50,000 historical items depicting the time period between the pioneer days and the present. The items at Pioneer Village were collected from all over the country.

Today, Minden has a population of over two thousand people. The Christmas pageant is still going strong, and the lights are just as spectacular as they were in the beginning. There are still some of the same buildings standing in the town square. The bank that was initially built in 1884 is still standing, as well as the Minden Opera house that was built in the 1891. The courthouse is still the original that was built in 1907. The Jensen Memorial Library was built in 1953 but the original library was in a room at the courthouse. There are plenty of cute shops on Main Street such as the Cozy Corner Café and Hissy Fit Boutique. Lastly, Pioneer Village. 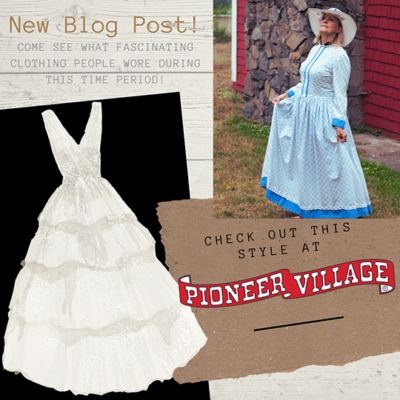 Here at Pioneer Village there are endless amounts of historic things to see. There is something interesting for all... 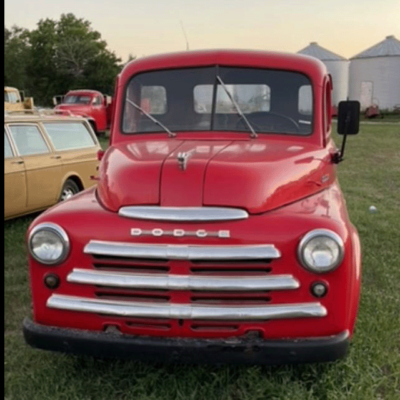 Ever wonder what happens to items that don't make it into the Pioneer Village Museum? Well, they get stored and...

I don’t know about you, but I love finding places I like to call, hidden gems! Harold Warp Pioneer Village Museum has...