The Little Firehouse on the Corner 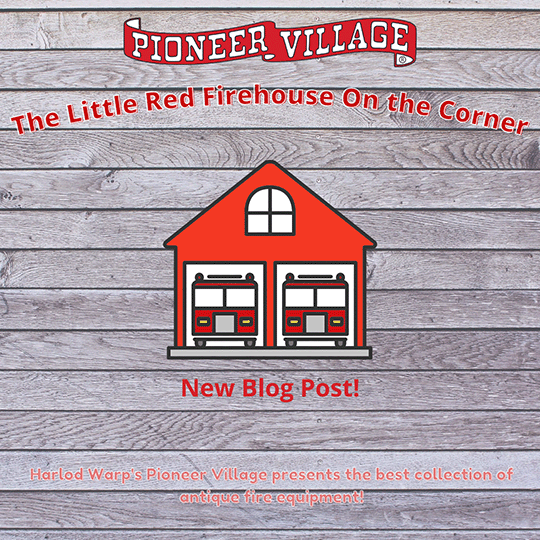 Have you ever wondered how fires were put out or what equipment and stations looked like back in the 50’s? Well, this firehouse will give you a blast to the past. I’ll tell you right now the technology has come a long way, specifically in the fire department. The strategies that were used to extinguish fires back then are laughable in today’s society.

Starting off on the engine portion of things, back then the fire trucks used a 310-horsepower engine with 12 cylinders. Compare that to today’s fire truck engines which average about 500-600 horsepower and 12-liter 6-cylinder engine which not only makes it so the truck can handle the heaviness but also is more fuel efficient. While they once looked like a horse and buggy, they have now transformed into full on armored vehicles. 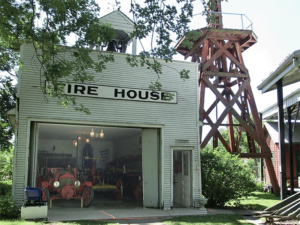 The equipment that firemen used were also drastically different as well. We have all seen scenes from a movie where buckets are used to put out fires, well back then this was a normal practice. They would use leather fire buckets and pass them through a line of people that were close to the fire to try and extinguish it. This practice was later terminated by the steam pump which not only provides more water but also adds high pressure to the flame. In fact, in the fire house at Pioneer Village there is the only intact horse drawn steam fire engine. This horse drawn steam engine may have been used in the great Chicago fire of 1871. Where in that fire over 17,000 buildings were destroyed, and hundreds of people lost their lives. Not only has the technology in equipment been helpful in fighting fires but technology in general made the job a lot easier. In the 1900’s, firemen used a torch which they would use to navigate through dark times in a fire. That was later replaced by a flashlight. This new technology has also helped with communication, fire horns were a big part of letting people know about the fire, which came in handy. Nowadays all firefighters carry a walkie talkie to make internal communication much cleaner.

With all this equipment there needs to be a place to store all of it, that is where the most important part is – the firehouse. Fighting fires in small rural areas is a tough task for most, you are rewarded with the luxuries that bigger cities get. You also need to be always ready, if you are slacking off it could mean the downfall of a community. This is why firehouses are so important, a “home base” for firefighters to be prepared from sunup to sundown and beyond.. All of these amazing rare antique items are a must see if you want to learn about our nation’s history not only in firefighting but also the way technology has progressed through the years. We hope you are able to visit these amazing features out here at Pioneer Village in the near future!