What isn’t cool about Cable Cars? 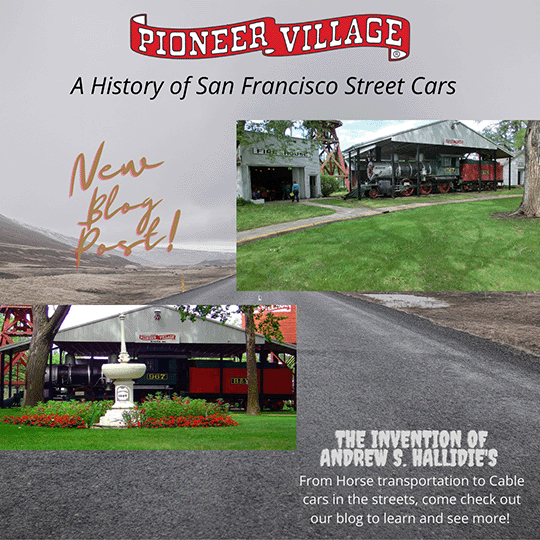 Have you ever heard of San Francisco Cable cars? Maybe wonder how people were getting from point A to point B before gas cars took over? Or are you eager to learn how it was built? Then you came to the right place. Andrew Smith Hallidie invented cable cars in the hilly city of San Francisco. Cable cars are a transportation system which had to be built along a cable to travel from A to B. After the cable cars took over in San Francisco and replaced horses, other cities picked up the idea and introduced cable cars into their everyday lives in the city. An interesting fact is that these cable cars survived earthquakes and fires. In the 1870s and early 1900s they were incredibly common and in almost every city across the US and even in other countries, like England and Australia. Cable cars have become a worldwide symbol of San Francisco.

Horses were used for transportation before any operating railway was built. Andrew S. Hallidie  was a rope manufacturer who invented cable cars and built the world’s first cable street railway in San Francisco in the year of 1871. No one wanted to see horses struggling pulling horse cars up hilly and steep hills in the city. So Hallidie saw the opportunity and had the power to build and run a cable car in the city. In 1873, early in the morning when everyone else was sleeping at 4 am, he tested out the first cable car on San Francisco Clay Street.

On September 1st, 1873, the success of Hallidie cable cars was opened to the public and it was huge in the city. Then soon after other horse car companies started to build their own similar system and run their service. In an article on Cable Car History, quoted “All totaled, San Francisco companies had laid down 53 miles of track stretching from the Ferry Building to the Presidio, to Golden Gate Park, to the Castro, and to the Mission.”

Now that we know what cable cars are and its history in San Francisco, it is still used and running around today. There are two types of cable cars that are still in service. They may look a lot different in appearance, but these two different cable cars operate very similarly. First there are the California street cable cars which have 12 seats, with the middle section closed but opened in the front and end. This cable car can operate from either end plus turn around at the end of line by a simple switch. They are usually a maroon color. The second is Powell Hyde & Powell Mason which is a single ended cable car that only operates from one end and is smaller than the California. They come in a historic paint scheme known as “livery”. 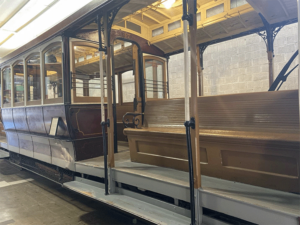 San Francisco street cars are very interesting and something worth experiencing and so I highly recommend going to see them in person. The history behind these cable cars is incredible and on top of it surviving the earthquake and fire is beyond fascinating to know. But if you, family members, or friends ever think about planning a trip together to experience these cool street cars, I suggest checking out Harold Warp Pioneer Village Museum. They have tons of other awesome stuff as well and over hundreds of cars.